Have you ever felt restricted because of your gender?

Do you believe that there is gender stereotyping

Start here with us @ our conference!

Register Now: https://goo.gl/6xXeSj
(*Attendance is free for all but registration is necessary) Hi Everyone , we are going to start a 24-hour Hotline for LGBT community and their families. We can be reached at (2217-5959). Our service will start on 27 Jan 2018 (Sat). You are more than welcome to call us if you need help or even just want someone to listen . We are here for you. If you would like to meet people and have a chat , join our activities which we run regularly. We are looking forward to hearing from you.

觀Study on Violence against Transgender People in Hong Kong
(針對跨性別人士暴力研究)

Established on 1st July, 2008, Transgender Resource Centre (TGR) is the long-established non-profit organization dedicated to serving the transgender communities in Hong Kong and Mainland China. In its ninth year, TGR finally has a space to call its own - a street-facing, easily accessible locality in the friendly neighborhood of Whampoa.
The new venue offers a positive and supportive space for the trans community as well as hosting all kinds of resources across the board of the trans experiences, including support group, counseling, mental health, parenting and family, faith, and much more.
Psychiatrist Dr. Mak Kai Lok, Gregory has been vital in making this new venture possible: “As a psychiatry specialist, I’ve seen over the years a lot the inner pains and struggles the transgender people have to endure. Their life journey is a grueling one, which I wish to walk with them through, offering them some kind of care and support.”
“…I’m also glad to see TGR continuing its operations in the new space. I hope by having a trans community center at work within the community at large, more people would learn to understand the trans people and discard their prejudices, thus allowing for more tolerance and acceptance in helping the trans people live a happy, healthy life,” Dr. Mak remarks. Dr. Mak was involved in transgender individuals’ psychological assessment since 2008. He also assisted them in their transitional period, especially in building up healthy self-esteem.
We all live in the same city, yet the trans people face a very different life: rejection by friends and family, discrimination at school, at work, disrespect, and harassment when opening a bank account and accessing health care, by public bodies and law enforcement agencies. Such individual and institutional discriminations are the results of laws and policies that create inequities or omission of trans people from benefits and protections afforded others and have already been found to induce stress which links to suicide attempts.
It’s time Hong Kong addressed all these problems and caught up with international standards and good practices in the field of recognizing and protecting the rights of sexual minority. The Government has earlier put forth a consultation paper on gender recognition, yet what shared and debated are widely disparaging views. While the consultation will soon be over, how may the government and the society be steered towards the right direction? Former Legislative Council member Ms Emily Lau Wai-hing has been one of the few gender advocacy forerunners in Hong Kong, and here is her advice: “We have to lobby for support and validation from the public, so that they’d at least not be in opposition. We’d therefore need to get into dialogue with different sectors, hoping that’d lead to discussions and negotiations. We’d also need to communicate with different political parties and government agencies for achieving a consensus.”
As long as the Hong Kong majority are still bound by traditional gender ideologies, it seems unlikely the gender minority would truly be taken in. TGR Founder and Chairperson Joanne Leung thinks otherwise: “The term ‘minority’ exists only to contrast the severity of a social problem. In fact in striving for social acceptance, I would rather bring out our similarities, calling for care and kindness to our neighbor as fellow community members. In recent years, the trans movement has been emphasizing the human rights aspect, yet to me it’s the humanity aspect that matters more.”
With a firm belief in the value of every life and in respect and concerns for all human beings, TGR ventures to bridge the gap between the minority and majority. Anyone visiting the new space is free to explore your thoughts about one another candidly, to learn to respect our differences in gender identity and embrace our common humanity, and to recognize that friendliness with people apparently different from us and accepting people for whom they truly are, is indeed possible.
The new TGR Whampoa venue will be officially open on Sunday, 31st Dec, 2017, with the opening ceremony being officiated by Dr. Mak Kai Lok, Gregory, Ms. Emily Lau Wai-hing and
Chairman of Equal Opportunities Commission, Professor Alfred Chan Cheung-ming. 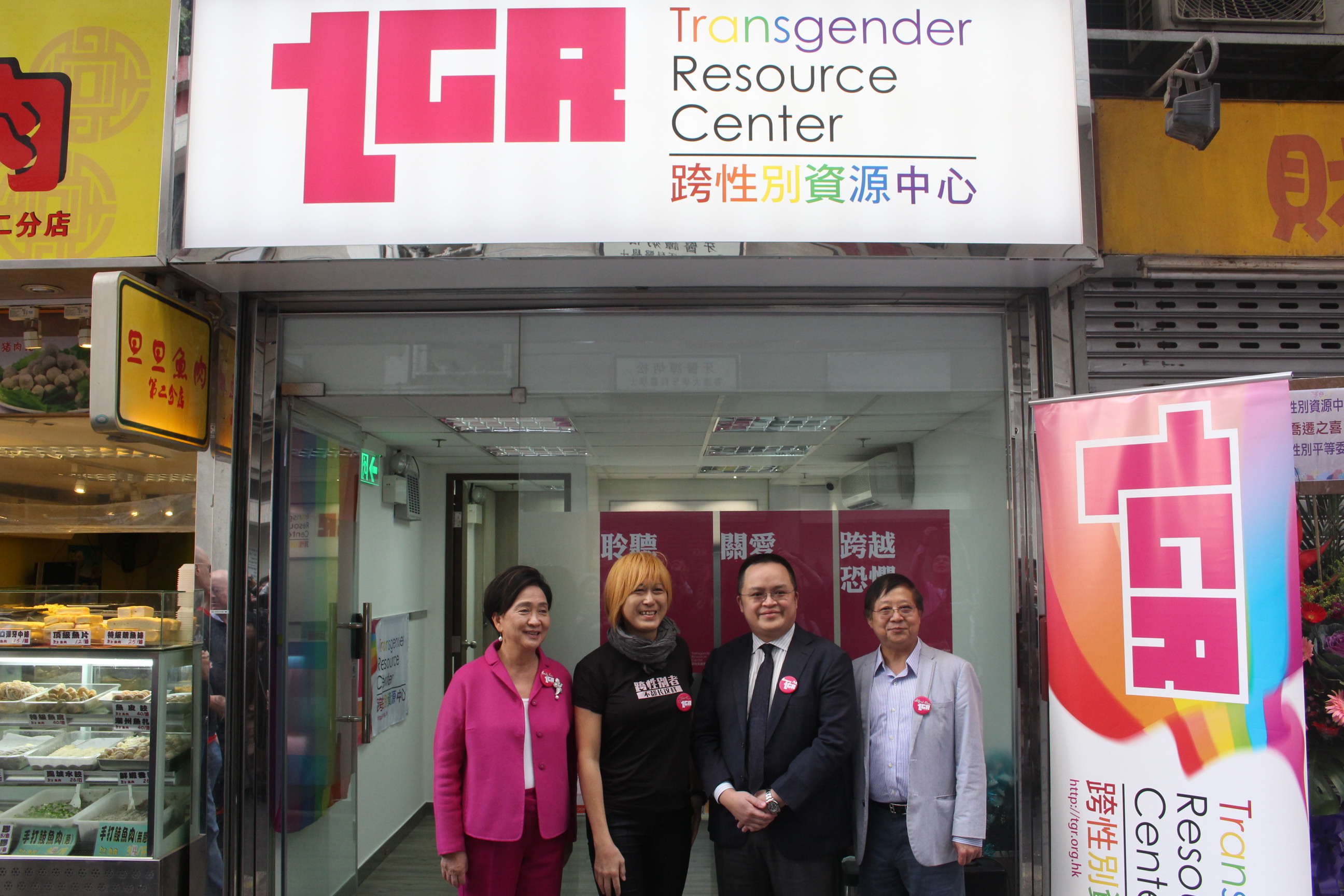